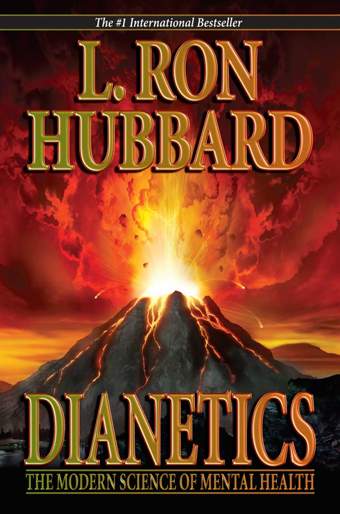 Order the book that started it all—Dianetics: The Modern Science of Mental Health. The explosive #1 New York Times bestseller contains all of the advanced techniques you need to apply Dianetics. Learn the procedure step-by-step and find out how your mind works and how to make it work for you.

More About Dianetics: The Modern Schience of Mental Health

Here is L. Ron Hubbard’s landmark book presenting his discovery of the reactive mind that underlies and enslaves Man. It’s the source of nightmares, unreasonable fears, upsets and insecurity. And here is the way to get rid of it and achieve the long sought goal of Clear. This is the complete handbook of Dianetics procedure and, with it, any two reasonably intelligent people can break the chains that have held them prisoner to the upsets and trauma of the past. A bestseller for more than half a century and with tens of millions of copies in print, translated in more than fifty languages and used in more than 100 countries of Earth, Dianetics is indisputably the most widely read and influential book about the human mind ever written. And for that reason, it will forever be known as Book One.

Among the discoveries herein: